Hillary Bibicoff is a transactional entertainment attorney at Holmes Weinberg where she represents actors, hosts, writers, directors, authors, financiers, independent and live event producers, production companies and sales agencies. In addition to writer, director, producer, actor, and host deals, she negotiates book, screenplay, and life story agreements, as well as various film finance, production and distribution deals and studio term deals, She has been in charge of production legal for several Super Bowl pre-game and half-time shows as well as other live events including the last two Democratic National Conventions and the 2021 Inaugural Events. She also handles licensing, merchandising, endorsement, sponsorship, and spokesperson deals for talent as well as both traditional entertainment companies and those whose main business is outside of the entertainment industry. She has been involved with audits of major studios conducted on behalf of talent with gross profit participations.

Hillary’s several years as an executive at motion picture production and distribution companies, first at LIVE Home Video and then as Vice President of Theatrical Business & Legal Affairs at Rysher Entertainment, give her practical business perspective and a strategic advantage in negotiations. She started her career (with Henry Holmes) in the transactional entertainment and corporate departments at Cooper, Epstein & Hurewitz. Most recently, she was a partner at Greenberg Glusker for twelve years.

The American Registry has selected Hillary as among the top 1% of lawyers. She has also been named a Best Lawyer in America in the field of entertainment law by US News. And she has been named a “Southern California Super Lawyer” almost every year since the inception of this honor. Hillary was chosen as one of Hollywood’s “top new generation deal makers” by the Los Angeles Business Journal, has received a Woman of Achievement Award from the Women’s Business Counsel, and has been profiled in various publications including the Los Angeles Daily Journal and The Angelos.

Hillary serves on the Advisory Committee for the UCLA Entertainment Law Symposium and on the Advisory Board for the Alliance of Women Directors. She is a past Board Member of Women in Film and Co-Chair Emeritus of the Women’s Entertainment Network. She has authored articles on acquisition of rights for film and television and profit participations, and often gives lectures or serves as a panelist regarding various aspects of entertainment law.

Hillary received her undergraduate degree from UCLA and her law degree from Loyola Law School, which she attended as the Burns Scholar, Loyola’s highest academic scholarship. She received the National Association of Women Lawyers Award as the outstanding female graduate and went on to serve on Loyola Law School’s Board of Governors for many years. 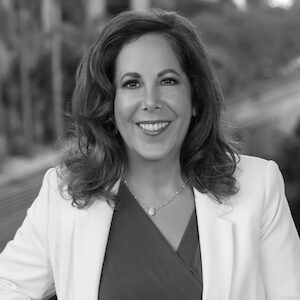