Pamela Conley Ulich, is a goal-driven lawyer and community leader with a successful history of driving change and positive outcomes within the Directors Guild, Screen Actors Guild, nonprofits, city government, community serving groups and academic settings. Her experience and record of building up and helping clients, community and developing collaborative and successful environments is well-known.

Pamela is a respected entertainment lawyer and launched her career in Los Angeles as Associate General Counsel for the Directors Guild of America.  She represented Directors on creative rights, film credits, residuals, and residuals.  She also litigated and negotiated multimillion settlements between the Studios, the Networks and the DGA.

She also served as Hollywood Counsel and Litigation Supervisor for the Screen Actors Guild where she developed dynamic legal strategies and internal processes to ensure positive outcomes.   The legal department residual collections increased from $1.2 million to $5.7 million per year under her leadership.  She oversaw the legal team and litigated cases relating to actors’ compensation, upgrades, meal penalties, the reuse of actor’s performances and residuals.

Pamela served on the planning committee and co-moderated panels for topics in the entertainment industry such as: “Strike: The Legal Weapon of Last Resort”,  “The Digital Millennium Copyright Act – You have to Pay to Play”, and “How to Succeed in Business without really Signing– When is a Deal a Deal?” for the Los Angeles County Bar Association.

Pamela taught many courses on Entertainment and Labor law as an Adjunct Professor and has served as a Moot Court Judge for the National Entertainment Moot Court Competition at Pepperdine Law School.

Pamela co-authored a leading article on Runaway Production that was published in the Loyola Entertainment Law Review and in the Congressional Record in 2001.

In addition to practicing and teaching law, Pamela was one of the youngest people elected to serve on the Malibu City Council in 2004 and was re-elected in 2008. Pamela served Malibu as the Mayor, Mayor Pro Tem and City Councilmember.  Pamela’s top priorities focused on public safety, protecting and preserving the environment, promoting the arts and culture, and fiscal responsibility, and her accomplishments included:

Pamela loves nature, swimming and surfing in the ocean, practicing hot yoga, planting gardens, playing tennis and watching her two children and dogs blossom. She hikes in Malibu, travels the world, and has written a novel about Motherhood. 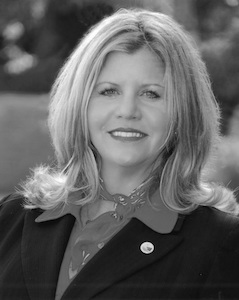 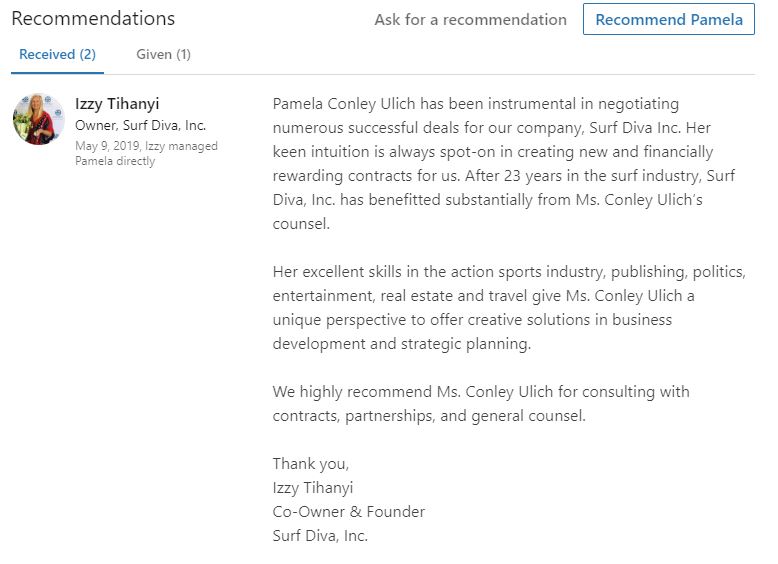