Michael joined the firm as an associate in 2012, and became a partner in 2018.  Michael’s practice is focused in the areas of entertainment and intellectual property law.  Michael has negotiated all manner of agreements for social media influencers, producers, writers, directors, actors, spokespersons and other creative companies and individuals, including talent agreements, sponsorship and endorsement agreements, option and purchase agreements, license agreements for artist merchandise and other product lines, podcast agreements, touring agreements and record deals.  Michael also has provided production legal services for the Teen Choice Awards, the American Rescue Dog Show and other shows and live events.

In the area of brand protection, Michael has extensive experience litigating before the US Patent and Trademark Office Trademark Trial Appeal Board, in US federal courts and before UDRP arbitrators, having worked to secure favorable outcomes for the firm’s clients in a number of trademark, trade dress and other intellectual property matters.  Michael’s IP practice includes the enforcement of many famous brands as well as domestic and international trademark prosecution and IP portfolio management for production companies, celebrities, tech companies and start-ups. 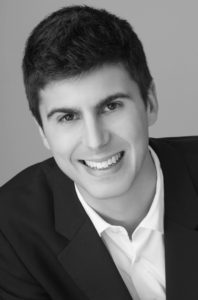